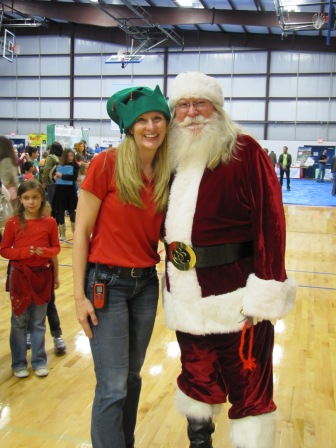 December is the nonprofits time to shine, and while it seems wrong to “Take Advantage of Christmas” that is exactly what every nonprofit should be doing.

In 2012, it was expected that the average American would spend $854 on gifts for friends and loved ones. It should come as no surprise that the average cost of gifts is so high. With advertisements for big sales everywhere, there is a greater chance for overspending.  According to an article released by MSN in December 2011, American parents planned to spend an average of $271 per child on Christmas gifts. One in 10 parents said the plan was to spend over $500 per child. While this is just an average, American families can definitely spend an astronomical amount of money on Christmas gifts.* Also not surprising according to a national survey, 70% of Americans would welcome less emphasis on gift giving and spending.
And here are a few more interesting facts (yes, there is a point to all of this):

I could go on all day with these, but the point wouldn’t change.  You should capitalize on the season! Since we are right in the middle of the season I am asking you to think about what your organization could be doing right now that would help move your organization forward.

For example, I know a therapeutic riding center that is doing horseback tours through a trail of lights at their center.  This is a great fundraiser, it brings people to the center, and gives them a chance to share what they traditionally do for the community.  In addition, it gives parents a chance to create an experience that is not about a gift, it happens at the perfect time of year, and it targets the middle class.  This year in just a few evenings, they will raise more money than they do at any other event all year.
So, my challenge for you is to take a look around in your community right now.  Does your community have a Santa breakfast, a trail of lights, a holiday stroll, etc…? Where could your organization fit into the season and further your cause?
Take-away: Set up a team meeting next week to brainstorm.  Now is the perfect time to be thinking about what you could have been doing and start preparing for next year.
* Average Cost Of An American ChristmasBy Amanda C. Haury on November 26, 2012